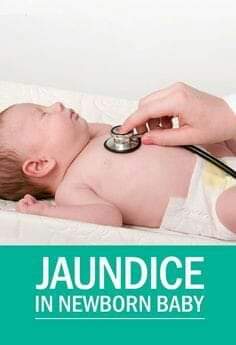 We had a great time with our special guest Aisha Madaki at the studio.

Here is a summary of our discussion:

👉A neonate is a newborn within the first 28days(4weeks)after birth.

👉Jaundice is a term describing the appearance of yellowish discoloration of the whites(sclera) of the eyes and skin.

It is caused by the accumulation of excessive amounts of a pigment obtained from red blood cell breakdown called ‘bilirubin’.

Bilirubin is toxic to the developing brain as it can stain certain areas and lead to mental retardation, deafness etc and even death.

👉Jaundice occurs in 50% of term infants and 80% of  preterms, hence it is important to be aware of it.

👉Bilirubin accumulates when there is:

-Reduced processing into more excretable forms by the liver

-Reduced excretion from the intestines.

-Yellowish discoloration of the eyes and skin, so if noticed go to a hospital to get a specialist’ s opinion.

Bilirubin, which is responsible for the yellow color of jaundice, is a normal part of the pigment released from the breakdown of “used” red blood cells.

However, newborns produce more bilirubin than adults do because of greater production and faster breakdown of red blood cells in the first few days of life. Normally, the liver filters bilirubin from the bloodstream and releases it into the intestinal tract. A newborn’s immature liver often can’t remove bilirubin quickly enough, causing an excess of bilirubin. Jaundice due to these normal newborn conditions is called physiologic jaundice, and it typically appears on the second or third day of life.

-A wide spread infection in the baby’s blood (sepsis)

-An abnormality of your baby’s red blood cells that causes them to break down rapidly(for example, sickle cell anemia)

Major risk factors for jaundice, particularly severe jaundice that can cause complications, include:

-Premature birth. A baby born before 38 weeks of gestation may not be able to process bilirubin as quickly as full-term babies do. Premature babies also may feed less and have fewer bowel movements, resulting in less bilirubin eliminated through stool.

-Significant bruising during birth. Newborns who become bruised during delivery gets bruises from the delivery may have higher levels of bilirubin from the breakdown of more red blood cells.

-Blood type. If the mother’s blood type is different from her baby’s, the baby may have received antibodies through the placenta that cause abnormally rapid breakdown of red blood cells.

-Breast-feeding. Breast-fed babies, particularly those who have difficulty nursing or getting enough nutrition from breast-feeding, are at higher risk of jaundice. Dehydration or a low caloric intake may contribute to the onset of jaundice. However, because of the benefits of breast-feeding, experts still recommend it. It’s important to make sure your baby gets enough to eat and is adequately hydrated.

👉Early diagnosis and treatment is very important to prevent complications.

Drop your comments, suggestions and questions…

The Cut: by Joshua Okpanachi